Now that you are acclimatized to the burning heat of southern Spain and had your first tapas and drinks in Malaga, it is time to start the road trip and to travel to the south.

We choose not to drive straight to Tarifa but to make a stop half-way in Estepona and lounge at the beach for a few hours before moving on. Speaking of driving, if you are rather the insecure type behind the wheel, I strongly recommend that you use the highway (autopista) instead of the toll-free roads (autovia). Things can get a little messy, especially in the area between Torremolinos and Marbella and those 10 Euros are well-invested and will save you some headache.

After working on our tan we spontaneously decided to include a quick break in Gibraltar with an even quicker break at the lookout point called “El higuerón” for some instagramification (yes it’s a word, look it up). Why Gibraltar? You know just to see the monkeys and have a proper pint, mate! Gibraltar is technically just a british rock with an impressive landing strip, pounds, some pictures of the Queen, tax-free shopping and few incredibly narrow streets. Even so, just invest a few hours and cross it off your bucket list.

After an eventful day we finally arrived at the most sothern point of Europe at the same time than the viento de levante (in simple terms a very, very strong wind and the opposite of viento de poniente). Sure, you wouldn’t expect anything less of a windsurfing mecca, but this was just literally mind-blowing and the end of any attempt to style my hair for a few days. But I will come back to this later on in my story, because first we encountered a funny game in Tarifa called “where do I park my car”? 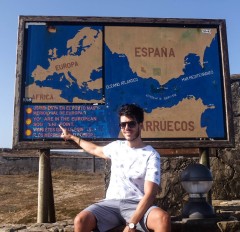 Most southern point of Europe 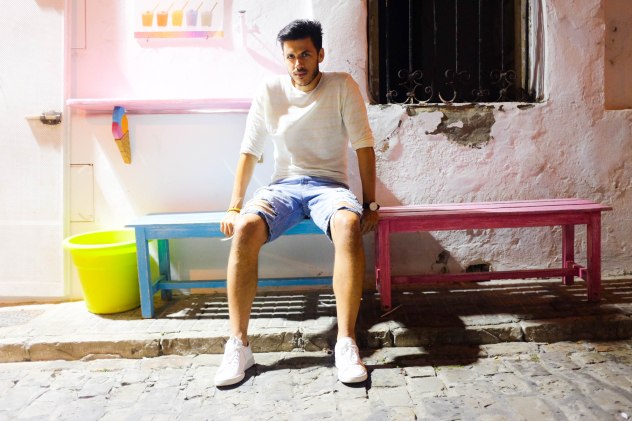 Insider’s tip: Book a hostel with an own parking lot in Tarifa or leave your car anywhere EXCEPT in front of a garage door or by a yellow marked curb. Attention; the yellow paint is often very faint and the yellow street lights do not help at night either.

The old town of Tarifa will make up for all your troubles. Get lost in its little streets and you will figure out the rest by yourself.

Insider’s tip 2: The brunch at Andrea’s.

Insider’s tip 3: Shopping at Bounjour Tarifa. Everything from Maison Kitsuné to Toka Toka. I just couldn’t resist the swimming trunks by Nikben.