What do you do when you have tasted every possible Gin on the market? Usually you enroll into a rehab clinic and share a room with Charlie Sheen or even better;  you produce your own Gin and try to sell it to Mr. Tiger Blood and his pals. 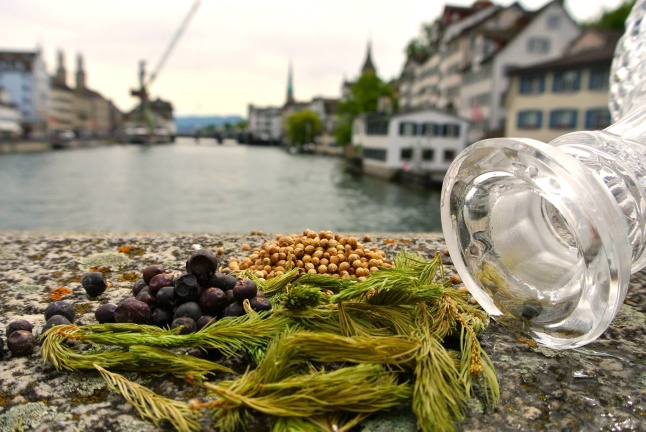 This is exactly what the four guys behind the Turicum Gin have been up to during the last few months. Not the rehab part as far as I know, but distilling their own premium Gin, which will represent the city of  Zurich in all of its flavors.

You may argue that there are already a couple of Gins made in Zurich; yes, but the difference is that those guys have actually an own distillery and do not work with existing players in the market.

I had the unique chance to accompany the process from the very beginning as a silent spectator and have seen how much work and dedication was put into this project. A few weeks ago I saw the brand new bottles and already tested the first batch. Although I am not yet allowed to post any pictures the design is very cool and will stand out on the top shelf of any bar.

And how does Zurich taste? According to the somelier that was engaged to write a professional review of the taste, it is a combination of smooth sweetness of williams pears, exotic fruit and some chili. Unfortunately I was never able to taste the earth, wood nor the flower bouquets in any wine – or any other drink for that matter – despite all the years of intensive practice, therefore I will tell you that I personally think it tastes like a proper dry gin. I apologize on behalf of my palate for the rather vague description…

Most of the 12 selected botanicals are from Zurich or the region (some of them handpicked!). Ingredients like lime tree blossoms from the famous “Lindenhof” or pinewood  combined with fresh tap water from Zurich help to develop the characteristic taste of this new Gin.

If you were wondering why the Gin is called Turicum Nr. 3 then you will find here the answer: Turicum is the Latin expression for Zurich; yes you knew that already because you didn’t pay attention at school but you watch every episode of “who wants to be a millionaire”. And Number 3 because the 3rd ingredient is secret and the 3rd try was finally the good one; bet you didn’t know this one, huh?

In case you are curious to find out more about Turicum Gin and to finally drink a gin tonic, you will have the chance to attend the launch party in Zurich by sending an e-mail with your first and last name to: info@turicum-gin.ch . You will then receive a personal invitation from the guys at Turicum.

All the photos are a courtesy of the guys @ Turicum Gin.